In July every year there is a special event that takes place at Silverstone circuit – the classic weekend. I was fresh from the trip to LeMans and after 10 days at home in Cornwall I arrived on the Thursday to hep set up THE289REGISTER marquee. I met up with Allan our secretary who guided me to the stand. We had been allocated a great spot overlooking the track with everything we could need in a short walking distance. 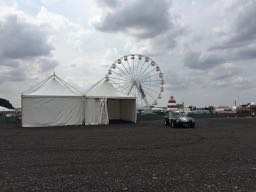 Lonely pace at set up!

The weather stayed good all weekend and we had a great set of cars for each day. Here are a few snaps. 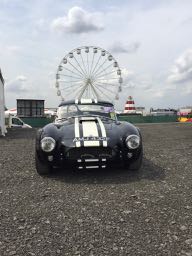 The great thing about the classic is that you get to walk around the pits too. There was a lot of racing on over the 3 days with wonderful cars taking part. 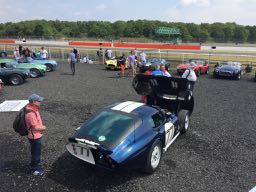 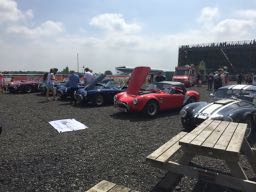 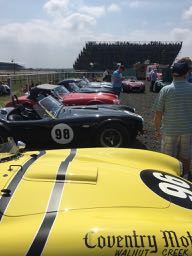 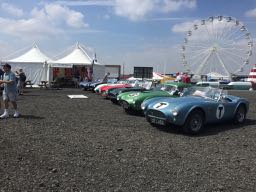 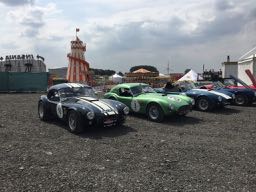 One of the racing cobras. 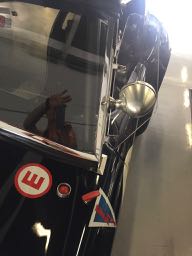 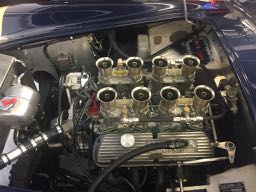 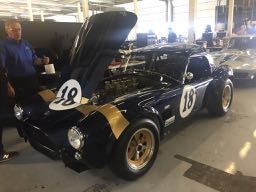 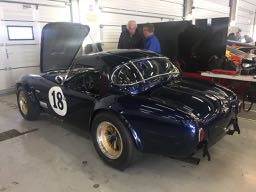 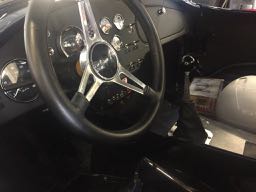 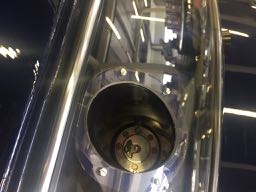 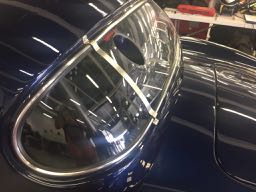 On the saturday we hold the AGM our annual get together talking about club business. All went smoothly this year with a great attendance. I was very honoured to be awarded the Gerry Hawkridge trophy for the car he would most  like to take home! I was truly touched by Gerry’s approval for my car. We were staying at the same Hotel and he followed me to the track on Saturday. After we reached the stand he came over a told me to harden up the rear dampers by 3 clicks, he said the front looked fine. Ion the way home the car felt totally different and much improved! He then said give it one more which I did and the car is not so much better than before. It was something I had meant to experience with at some point but Gerry fast tracked that by following me! No one knows more about the car than Gerry so it is not a surprise!

Gerry and Rhona also present JohnC and me a very special prize for our support to the club over the last difficult year. So I am now the proud owner of a reproduction GULF jacket as worn by Steve McQueen in the film LeMans and when he raced there himself! Goes very nicely with St Piran! 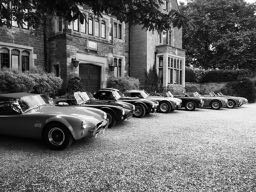 Club members at our Hotel

Before leaving on Sunday morning we help a photo shoot in front of the  manor. Quite a turn out. Clive and I then headed north still in fine weather. I had been away from home for 3 weeks driving St Piran through France and Cornwall to eventually cover over 2200 miles on our return. It had been a fantastic summer trip with Abby, the car and great people and events. I am looking forward to the next big adventure in the cobra.

At my final fuel stop on the M74 I could not help but notice the comparison between the old and the new. Here is a photo of St Piran with a Tesler in the background desperate for electricity! I know which world I prefer right now! 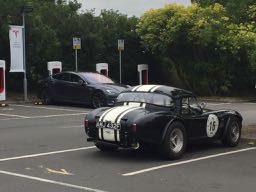 Stripe car ready for painting20/12/2017
I need to remove all the items that make sense to help speed the preparation and painting of the car body.